Xiaomi Mi A1 vs Motorola Moto G5S Plus Price and Comparison 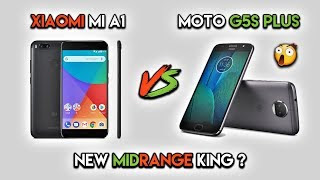 The Xiaomi Mi A1 is a dual-SIM (Nano-SIM) smartphone that runs Android 7.1.2 Nougat. It features a 5.5-inch full-HD (1080x1920 pixels) display. It is powered by an octa-core Qualcomm Snapdragon 625 SoC coupled with 4GB of RAM. In terms of optics, the dual rear camera setup of the Xiaomi Mi A1 bears two 12-megapixel sensors, with one featuring a wide-angle lens with a 1.25-micron pixel sensor and f/2.2 aperture, and the other sporting a telephoto lens, 1-micron pixel sensor, an f/2.6 aperture, and capable of delivering 2x optical zoom. The smartphone bears a 5-megapixel front camera with a real-time beautification mode. The Xiaomi Mi A1 comes with 64GB of inbuilt storage, which is expandable via microSD card (up to 128GB) in a hybrid dual-SIM configuration. It houses a 3080mAh battery. 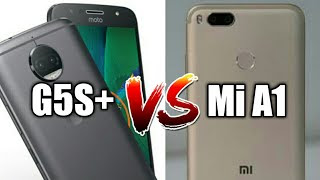 The dual-SIM (Nano) Moto G5S Plus runs Android 7.1 Nougat out of the box, and it sports a 5.5-inch full-HD (1080x1920 pixels) IPS LCD display. It is powered by a Qualcomm Snapdragon 625 octa-core SoC clocked up to 2GHz, coupled with 4GB of RAM. In terms of optics, the smartphone comes with a dual rear camera setup with two 13-megapixel sensors with an f/2.0 aperture, depth editing software, and colour correcting dual-LED flash. On the front, it bears an 8-megapixel sensor with an f/2.0 aperture, wide-angle lens, and an LED flash. The Moto G5S Plus bears 64GB of inbuilt storage, expandable via microSD card (up to 128GB). The handset houses a 3000mAh battery. 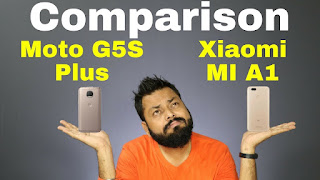