Fall Creators Update is the latest version of the Windows 10 Operating System by Microsoft. It is now available as beta release. To get this update you need to register your Windows 10 account as an Windows Insider. To join the program go to: https://insider.windows.com/en-us/


Windows 10 version 1507, codenamed "Threshold 1", is the first release of Windows 10. It carries the build number 10.0.10240; while Microsoft has stated that there was no designated release to manufacturing (RTM) build of Windows 10, 10240 has been described as an RTM build by various media outlets.

Windows 10 Fall Creators Update, or Windows 10 version 1709, codenamed "Redstone 3", is the fourth major update to Windows 10 and the third of the four major updates planned under the Redstone codenames. The first preview was released to Insiders on April 7, 2017. It will be available generally on October 17, 2017.

Windows 10 version 1803, codenamed "Redstone 4", is the fifth major update to Windows 10 and the last of four major updates planned under the Redstone codenames. The first preview was released to Insiders on August 31, 2017. It will be available in early 2018.


With this update there is a great feature that can be useful if you are a regular user of Microsoft Apps across multiple devices like Outlook, Office, To do, Skype and other productivity and office tools. You can easily connect your Android and iPhone with Windows 10 PC. For Android users, you have to install Microsoft Launcher from Play Store which is available as a beta release right now. There are many scope of improvements for Microsoft Launcher but you won't regret installing it. You can get it from here: https://play.google.com/store/apps/details?id=com.microsoft.launcher

I liked the app for live feeds and integration with my Win 10 PC. But there are many flaws:

-> Calendar doesn't show events, instead shows stupid bicycle, you have to click on more to see events
-> Can't put Lock button (as a app/or a widget) on home screen
-> Office 365 integration with InTune sucks
-> Please provide more grid options like 5x5, 5x4 etc, right now only 4x4 and 4x5 are available
-> Give more control for daily wallpaper change, though one button change is good
-> Cortana is not available in India 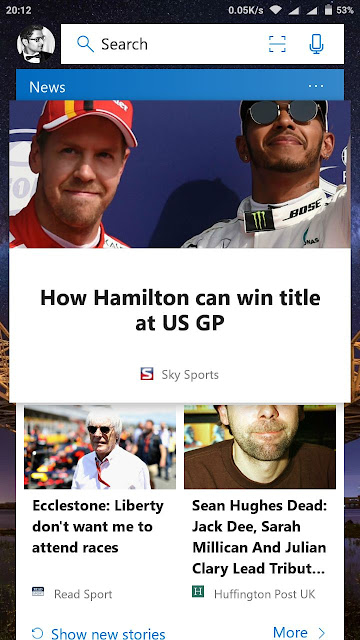 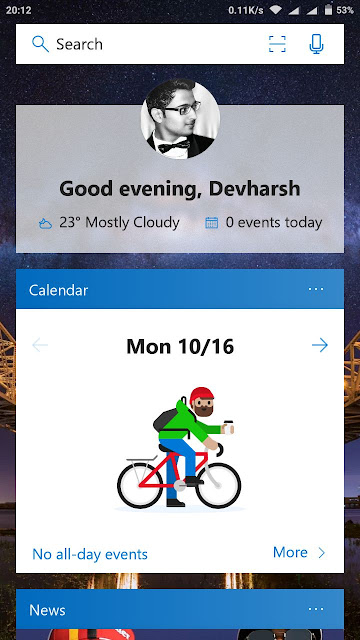 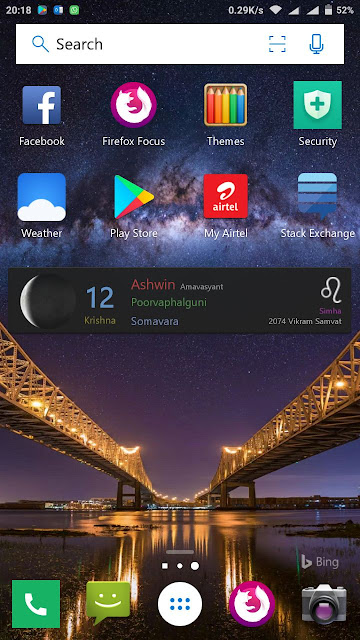